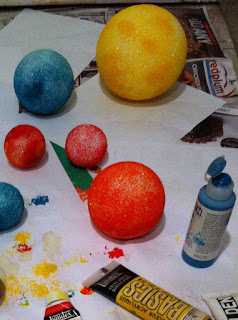 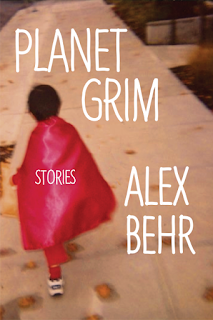 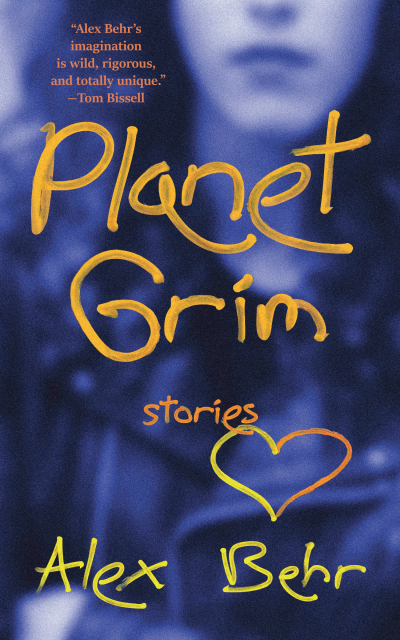 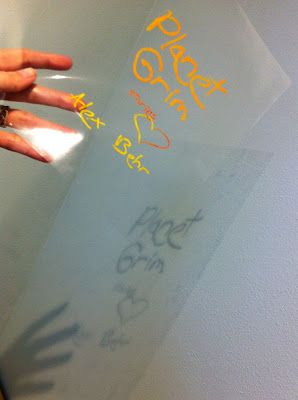 
Art Edwards was one of the early submissions I got when I was reading for City of Weird. I had him in my maybe pile for a long time because I truly didn't think it would be possible to publish his story. I really, really wanted to publish his story. It was different from what I'd been expecting from my submissions - it didn't contain a classic monster or ghost or spaceman, not even one whose trope had been used in an unexpected way. Instead, it had Alex Trebek mysteriously appearing, one day, standing stoically, nearly catatonically, outside a guy's apartment. That's pretty much all he does - stand there - or, rather, crouch there, waiting for something, and though people start tossing trash at him, having rowdy parties around him, decorating him, he just crouches and waits. When the narrator steps in to keep him company and clean up the messes people make on and around him, magical things begin to happen.

It was definitely one of the weirdest stories in the slew of tales that came across my submissions pile, and even if for that alone, I wanted it.

But you can't publish a story about Alex Trebek without getting permission from Alex Trebek. And, as should be obvious from the description above, Mr. Trebek isn't treated all that well in the course of the story.

Publisher Laura Stanfill wrote to the producers of Jeopardy!, and we let Art know that we loved the story but that its acceptance hinged upon getting permission, and I think all three of us pretty much wrote it off as never-going-to-happen.

On June 12th (two days before my birthday... coincidence?) we got an email back from the Jeopardy! representative. Alex Trebek had received the request. Alex Trebek had read the story (!). And, yes, he was giving his permission to us to use his... what would you call the non-visual version of a likeness?... in the book.

Laura forwarded the email to me along with one simple sentence, all in caps: OH MY GOODNESS!

The best part of the message was the fact that Alex had given us an edit. There was one sentence, likely a simple typo that I hadn't even yet noticed, that he wondered about.


"One note/question Alex had was in the fourth paragraph, the sentence “A breeze rustled craggily maples at the complex’s entrance.”, did not make sense to him, so he wanted to point that out."

Of course, once the story had been accepted formally, it went through a regular course of edits from me and copy edits from our copy editors, but we were all kind of tickled that Alex had given us an edit, himself. I joked that I could see a cover with "Edited by Gigi Little" on it, and in tiny type underneath "(And Alex Trebek)." 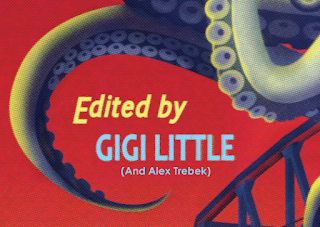 When we told Art, he said, "Alex Trebek. What a hoot! I write these things thinking no one will read them, and then Alex Trebek reads one. Someone in my writing group said I should use 'edited by Alex Trebek' as a blurb."

When City of Weird came out more than a year later, Booklist called "Waiting for the Question" "a gritty urban fantasia." One of the things I particularly like about the story is its sly, understated humor, as in this segment. To set this up, the narrator's kind of a slacker...

I called my brother Rex in Beaverton, who’d worked the same job for fifteen years.

I felt the pause on his end, cutting me with every second.

“They’re going to evict me.”

I couldn’t answer. He sighed.

“There’s a guy in Hillsboro hiring people to do phone surveys.”

“What I’m getting at,” Rex said, “is where was the urgency a few weeks ago when you could’ve done something about it besides call me?”

I had no answer for him, so I said, “You know, Alex Trebek is camped out at my apartment complex.” 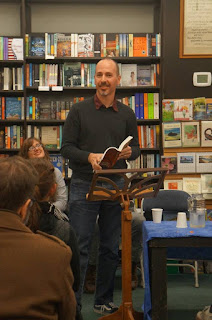 "Waiting for the Question" was a long time coming. It began its life all the way back in 2011 with a different title and a different ending. In fact, it was a different tale altogether. Art tells the story of this story in a very interesting article he wrote for Necessary Fiction, called "Waiting for the Answer." You can check it out here.

Art will be reading from his story at Another Read Through, a fabulous indy bookstore, on March 11th. It's a Saturday, so this event begins at 1:30. Facebook event page is here.

Posted by Gigi Little at 1:14 PM No comments: