Stephen and I have a little tradition going where, for birthdays, anniversary and Valentine's Day, we get all creative with Photoshop in making cards for each other. I like noticing how often we come up with similar angles, similar themes, similar approaches while working separately on each other's cards. This year has been like that. At least with our birthday cards. First, we both went a little overboard. Second, we both went for a movie theme and multiple pages. Third, we both alluded to (this one's not surprising) Stephen's recent injury and recovery. Stephen's card to me (it was actually a second card - he made me two!) referenced With a Song in my Heart, one of his favorite movies. He cast himself as the suffering star Susan Hayward and me as her plucky nurse, Clancy, played by Thelma Ritter. You can check out his blog post about it here.

For my birthday card to him, which I'll be giving to him at dinner tonight, I chose one of my own favorite movies, one that I believe has become as much a favorite for him as With a Song in my Heart has become for me. Or anyway, I hope so. Here is Stephen's recovery from injury a la Metropolis. It's mostly just pictures. After all, it's a silent movie. 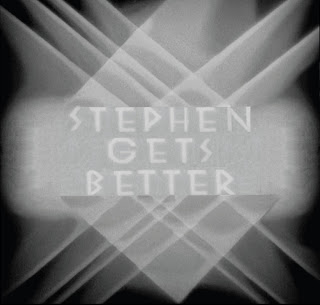 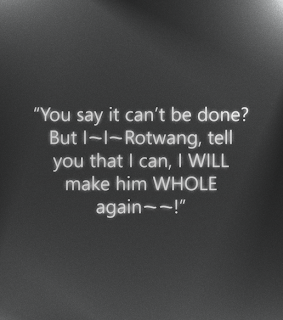 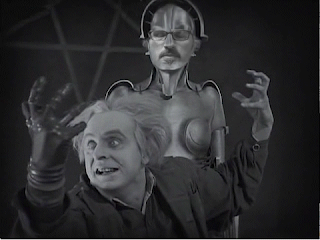 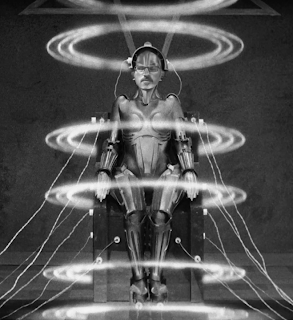 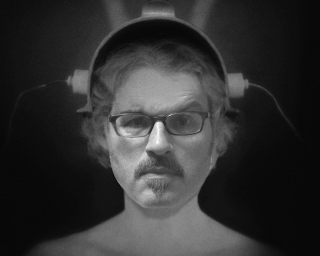 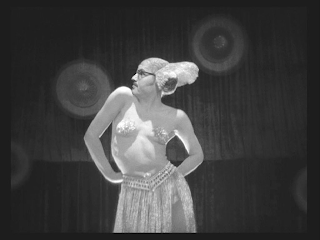 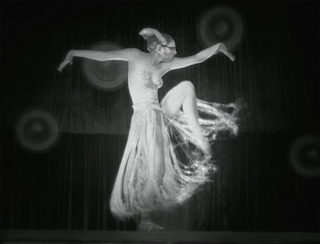 And one more small one for the back of the card: 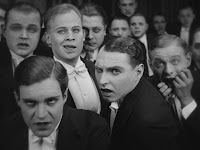 A Simplified Map of the Real World - the cover


When I designed the book cover for Stevan Allred's story collection A Simplified Map of the Real World, I knew I'd have to start with a map. Not only because of the title, not only because I personally love maps, but because this collection is a world in itself, centered around the make-believe town of Renata, Oregon, a town so fully imagined, it deserves a map.

It was an exciting prospect because, whereas I love working with "found objects," utilizing and manipulating photographs in design, for this project I built the entire thing from scratch. Every river and road. Well, kind of. I based the placement of those rivers and roads on the stories in the book and on a real place in the real world - the town on which Stevan based his town of Renata. In a way, then, I was still working with "found objects" - that real town and that imaginary town - fitting things into place according to where they must go. But it wasn't until I had the whole map laid out that I found one more object for my design, the final element that pulled it all together and said what I believe the collected stories in A Simplified Map of the Real World are saying. 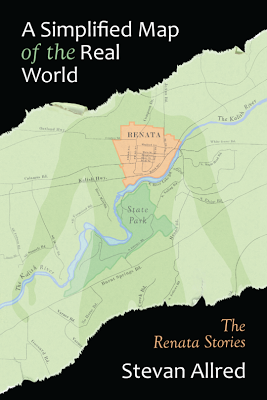 A Simplified Map of the Real World comes out in September from Forest Avenue Press. Check out the press and news about the book here.

swingin' down the lane


During the six weeks Stephen was laid up with his injury, I hardly wrote at all - too difficult to string together the amount of time my brain needs in order to get any good wordsmithing done - but I had just enough time to work on a graphic design project for a really cool indie CD cover. An album of show tunes performed on one of those great old Wurlitzer theater organs, the kind with a forest of pipes. 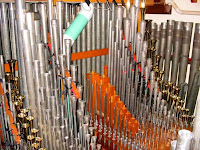 Not only pipes but instruments - trumpets, strings, xylophone, glockenspiel ... some instruments I'd never heard of like the unda maris and the vox humana, both of which sound like the names of evil overlords from 1950s alien movies. The Hardman Studio Wurlitzer started out on the Paramount Studios movie lot in 1929, had a stint in radio with KNBC in San Francisco and now lives in a huge barn in Virginia, where organ masters like Clark Wilson give live concerts. On Swingin' Down the Lane, Clark Wilson plays the music of composer Burton Lane, who you've likely never heard of but whose songs I'll bet you recognize. 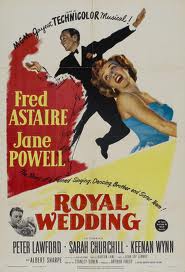 I like New York in June / How about you?

On a clear day, you can see forever.

You know that famous clip of Fred Astaire dancing on the ceiling? The movie is Royal Wedding and the tune is Burton Lane. 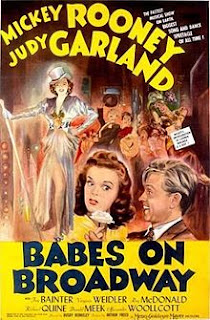 Literally the night before I first chatted with the producer about designing this cover, not knowing yet who the subject of the album was, Stephen and I watched the movie Babes on Broadway, for which Burton Lane got an Oscar nomination, for the song "How About You," sung in the film by Mickey Rooney and Judy Garland. In fact, Burton Lane is credited with having discovered Judy Garland. Graphic design plus old movie musicals - this job was made for me. 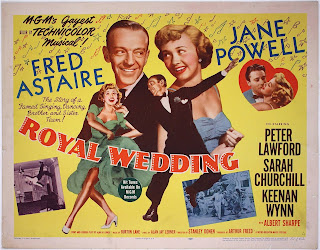 I decided to design the cover of the CD to look like one of those old movie posters. The kind with the couple dancing, he in tuxedo, she in a big gauzy gown. That was the hardest thing about this project - finding the dancing couple. You'd be surprised how difficult it is to find a good royalty-free stock photo of a dancing couple that doesn't look like it was shot at someone's wedding in the 1990s.

I finally found this, courtesy of GeekPhilosopher.com. 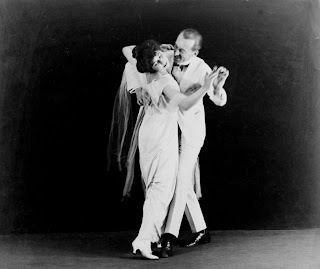 It wasn't exactly what I wanted, but doing a little Photoshop work and adding some outside elements, I came up with a couple I liked. Her dress is pieces of my wedding dress. [Which Stephen designed and made, by the way.] 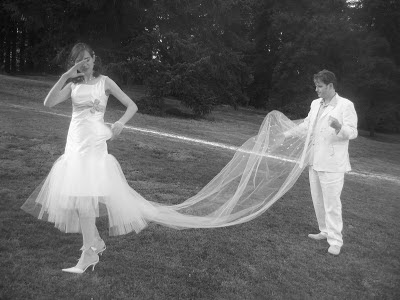 And her hair is the wig I wear when Stephen and I play Madeleine and Penny. 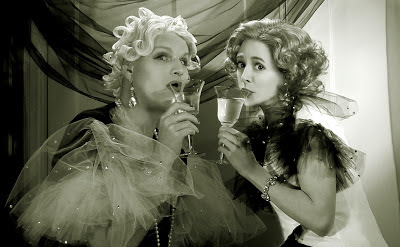 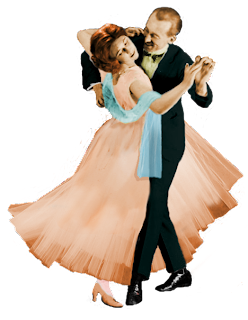 Whoops, that was before I added the flower. But close to the final product.


Actually, the hardest thing about the project was building the swirling keyboard for my couple to dance on. Somehow I thought I could just play with warp and distort tools and twist the Hardman Wurlitzer into the shape I wanted. I spent an inordinate amount of time trying to do this before I gave up and got out a pencil to finish the job. Once I had my organ "lane" curving the way I wanted it to curve, I went back in and photoshopped it together. 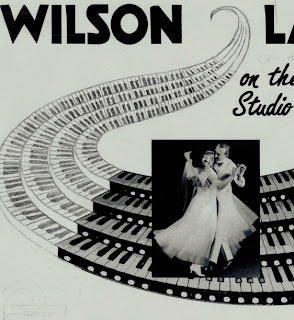 I was fairly obsessed with the project for much of the time Stephen was laid up with his injury. Tinkering between work and physical therapy and doctors appointments and trips to the store was a way for me to have a little respite from the stress of worrying about Stephen's pains and frustrations and the long healing process. It occurred to me, at some point in the month, that this design project was doing for me what those old movie musicals did for the moviegoers of the time. I was creating a magical, little fantasy and it was the perfect escape. 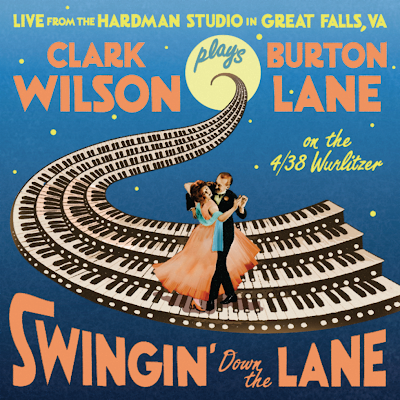 Check out the Hardman Wurlitzer here.

For some great stock photos, check out GeekPhilosopher here.
Posted by Gigi Little at 7:24 AM 4 comments: