Because this is a big birthday this year, I wanted to go a little bigger on my usual photoshoppy birthday card. It became a number of pages long, which makes it harder to share on social media, so I thought I'd post it here.

I was thinking of something that could celebrate him in his many guises, show off the different fun and creative things he's done down through the years, and the idea came to me of putting on an old Hollywood fashion show where the models were Stephen in some of his many alter egos. I vacillated between the color fashion show sequence from The Women and the musical fashion show sequence from Roberta. Though I think, of the two, he likes the former movie more, I chose Roberta because it allowed me to play with the rhyming verse Fred Astaire performs throughout the piece. He recites these different quatrains as the models show off their various outfits:

We endorse
This Polo rig, of course,
And for an added thousand francs,
we furnish horses

Or if you're doing splits
on skis at St. Moritz,
You'd be the best faller-downer
on the courses.

Now take the dowager who's glad
to leave her watchman for tea,
She wears this patriotic plaid
and meets a Scotchman for tea.

For hunting grouse or quail,
Roberta ran up this suit,
The modest price includes the bag,
the gun, and two ducks to shoot

And should Amelia Earhart care
to get a breath of air,
this is the last thing in the world
she'd ever wear

Tis the hour for dry martinis,
Parks full of little Fords and Isotta Fraschinis
The Ritz bar is serving caviar and weenies.
Madame is there.
And from Roberta she has something that is too divine on
the sort of thing your jealous friends would love to spill their wine on.
For your inspection,
Our cocktail collection.

The one problem I had with my big idea was finding images to play with. I just couldn't find what I needed. I was lucky enough, though, to find the complete film online, and as a last resort, I had to play the sequence in full screen mode and take screenshots. Which meant I had to work to make the Stephen parts of my pictures look of lesser quality. Ah well. But here it is. 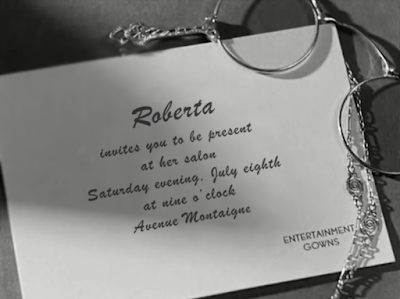 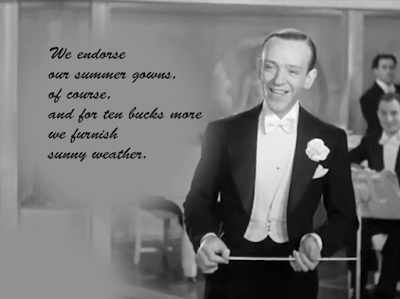 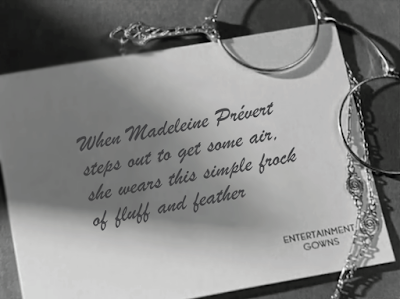 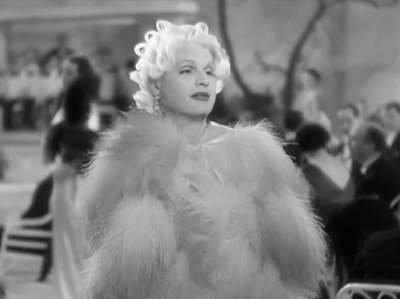 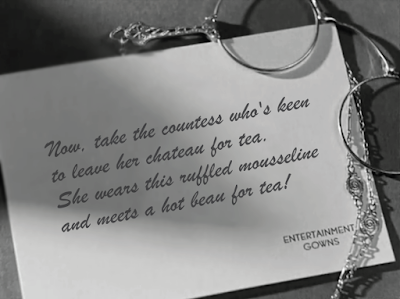 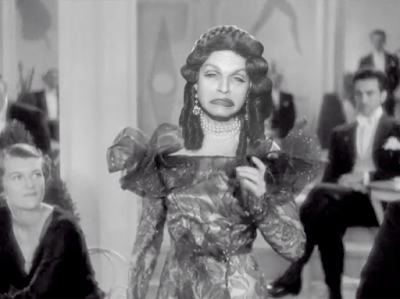 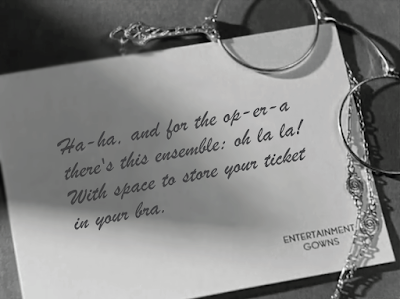 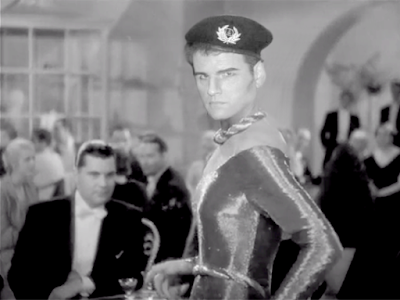 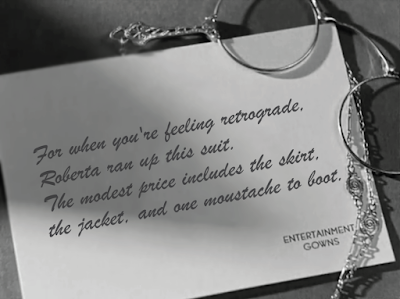 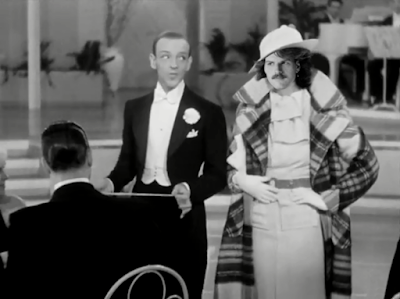 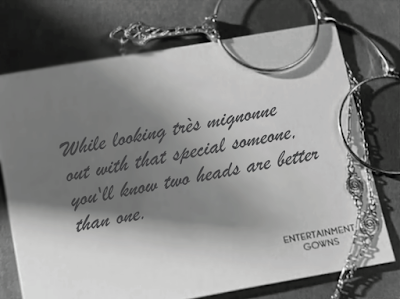 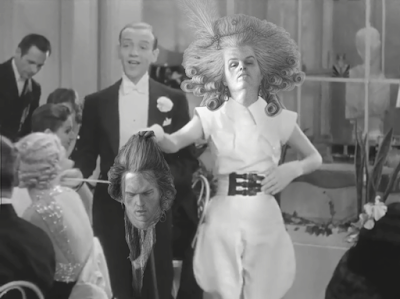 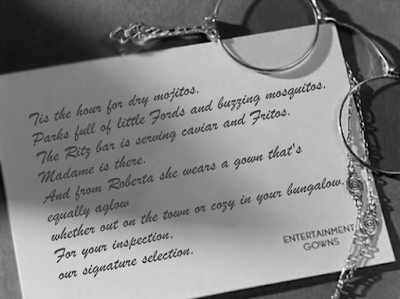 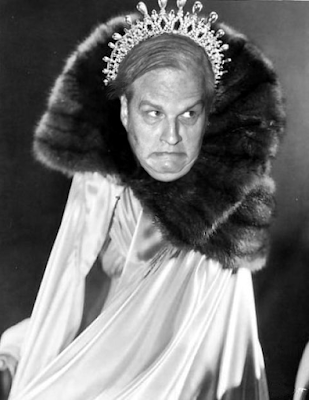 From top to bottom: Madeleine Prévert (a character Stephen played during the aughts), the Countess (who became la Condesa, and then the Grand Duchess, a drag character he played in the nineties), Stephen as a soldier from the opera Carmen, Stephen with George Michael hair in the eighties, Judith et Holopherne, and finally Earl Bungalow, who has been known to recite poetry at exclusive parties on the continent..