Recently I watched the short film Bad Faith, written and directed by Jonah Barrett. I got to know Jonah when he became one of thirty writers contributing a short story to my anthology City of Weird, a few years ago. Jonah's story in the book has human-sized newt creatures and a secret underground biodome and a woman who controls crows with her mind, so yeah, I could have predicted his film was going to be super imaginative.

If you want to check it out, you can view it in its entirety on Jonah's artist website Malicious Wallydrags here.

The movie concerns Jeane on her first week of work in an office job, plagued with anxiety attacks and the loss of a best friend - but it also concerns a monster with a mouth full of teeth and a journey to the edge of the world. 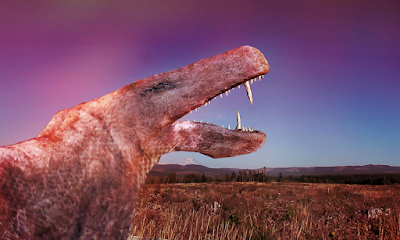 Look at that creature! Can you see its trio of eyes? Look close. That's "Crystal the Puppet," which Jonah's crew constructed from PVC pipe and wire and papier-mâché - in fact, there's a cool clip on how they made it in the very cool "Making of" video you can also find on the Malicious Wallydrags website.

There's some beautiful film craft in Bad Faith. I don't like to give things away, so I won't say what it is, but there's a bit of artistry that happens right at the beginning that made me gasp out loud. I loved the worlds created by Jonah's camera, his eye, and his storyteller brain, both in the bright, sterile office and in the bleak landscape of Jeane's fantasies. Jonah weaves fantasy with reality throughout Bad Faith, making you ask the question: what is scarier, monsters or loneliness... monsters or the endless soul-sucking drone of the corporate working world. 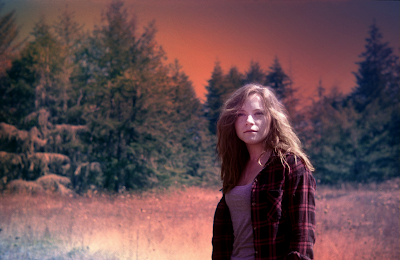 The film has a great cast of characters, including Jonah himself, who shouldn't be allowed to have so many talents that, wait, yes, it suddenly occurs to me that he made a pact with the devil in which he was allowed to steal the talents of three other people (sorry, guys) and keep them all for himself. He's great as Paul, the best friend Jeane has lost, who we meet in Jeane's fantasies and who accompanies us to the edge of the world.

Sarah Robertson plays Jeane with wonderful range, and a sense of so much pent up emotion - terror, shame, loneliness, even hope - just below the surface.

I love Deane Shellman as Mrs. Vander the office manager. She's the perfect corporate office trope, whose enthusiasm for the job reminds you why existential angst is a thing and whose chirpy helpfulness, as Jeane keeps screwing up on the job, just creates more tension.

And Amber Atalaya is pretty delicious as Phillis, the conniving coworker out to step on anyone's nose she can to keep her beloved place in the hierarchy of the office.

But the heart of the film is Howard, played with lovely realness by Kela Kealakai. I love the subtlety Kela brings to their role as maybe the one truly grounded character in the whole story. With all the peril Jeane endures, from betrayals to failure to loneliness to encounters with ferocious prehistoric beasts, Howard  brings to the story what was, to me, the most unexpected thing of all.

No, I'm not going to tell you. Watch it here. The website also has info on Jonah's writings and photography and more. This profile I wrote about Jonah's contribution to City of Weird contains some more fun info about him and his projects. 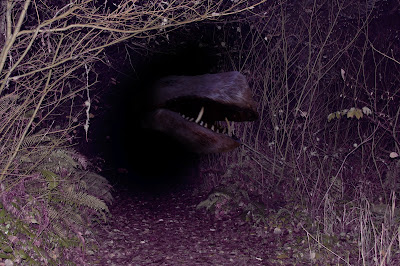 Posted by Gigi Little at 6:45 AM No comments: