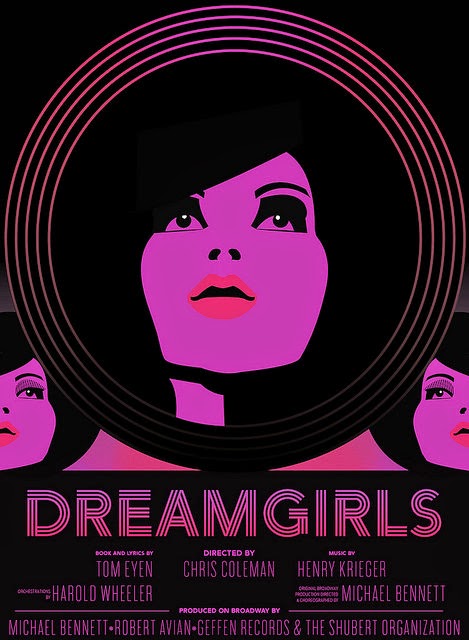 Friday night, Stephen and I saw Dreamgirls at Portland Center Stage. As excited as I was, I'll admit I worried about the pastiche aspect of the musical. Dreamgirls, which premiered in 1981, tells the story of a Motown-to-Disco-era singing group, and more often than not, when a musical imitates an earlier style, the music comes off sounding like a spun-sugar version of itself. Too sweet, too simple, not enough there.

Also, I'm a jerk when it comes to musicals, at least musicals written after, say, 1965. I usually don't like them. Period. Especially musicals from the eighties, onward. That thing that I think of as That Modern Era Musical Sound - I kind of hate.

Luckily for jerk me, the pastiche in Dreamgirls not only overrides That Modern Era Musical Sound, it works its pastiche well. The songs performed by our heroes the Dreams and their companion James "Thunder" Early (not to mention other fictional groups and soloists spanning the real world eras of Motown, R&B and Disco) feel authentic and particular. They're also full of beautiful, at times surprising, harmonies, which here and there made me involuntarily close my eyes out of pleasure. Part of that pleasure - and the pleasure of all the rousing numbers in this show - comes from the score, but part of it comes from the live band and the huge chops of every single singer on that stage. 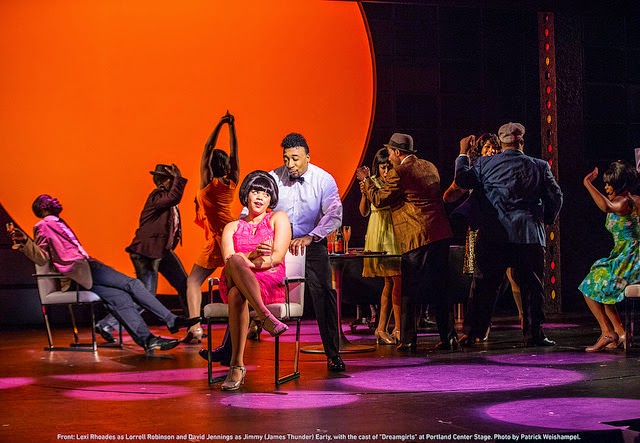 If I had to pick a standout, for both music and acting chops, I'd choose David Jennings as James "Thunder" Early, who was impishly funny and energetic and sexy and vulnerable and kooky - with a voice for each of these moods. Also, Nattallyee Randall as Effie, able to go from bust-a-gut diva to quietly, tenderly human in one breath. I also loved Dreamgirl number three, Lorrell, played by Lexi Rhoades with her clear, versatile and beautifully en pointe voice. But as I said, every singer in the production is terrific. 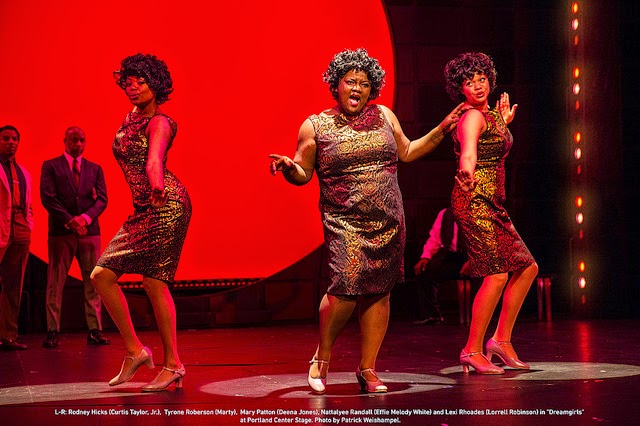 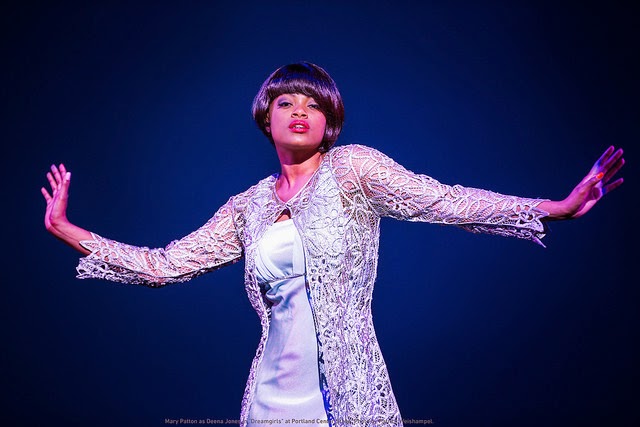 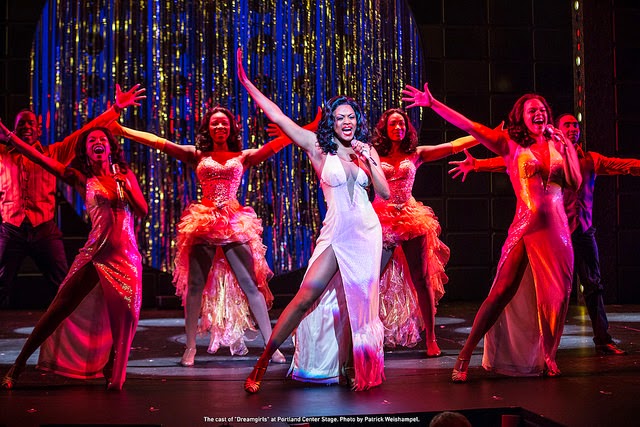 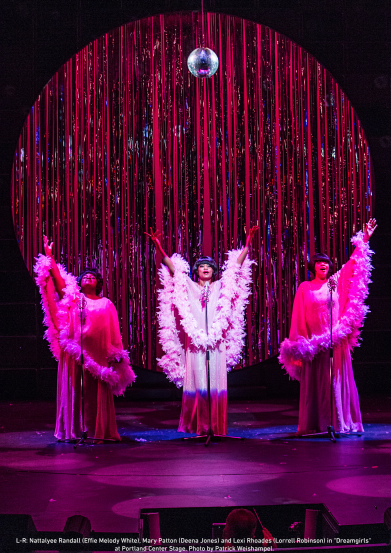 The writing in Dreamgirls is on the simple side, with characters a little broad and lyrics that can run a bit cliché, so a good production has to make up for this with its staging and cast.  Portland Center Stage does this, with its choreography and lights and flashy costumes, with its well utilized set and turntable (used beautifully in the montage "On the Road - Cadillac Car" in the first half), with fun, droll allusions to Sixties and Seventies culture, with directorial touches that subtly add dimension to the characters, and of course with the powerhouse cast - all of which combine to create a hell of a music-filled hoot of an evening

Dreamgirls runs through November 2nd. More information is here. Thank you to Patrick Weishampel for the photographs.
Posted by Gigi Little at 1:41 PM No comments: