Book cover: The Alehouse at the End of the World


I got a little selfish with the cover design for Stevan Allred's The Alehouse at the End of the World, which is due to come out this coming November. This book is a hugely imaginative novel that takes place on the Isle of the Dead, deep in the belly of a mythic monster, somewhere in the fifteenth century. When publisher Laura Stanfill started telling me about the book, my mind instantly went to illuminated manuscripts.

I LOVE illuminated manuscripts. You might notice there's one in the painting that serves as a header for this blog. It's an imaginary bestiary of evil beasts that I included in a painting I once did called Still Life with the Devil. Ever since I researched bestiaries for that painting, I've been obsessed with illuminated manuscripts—their elaborate, ornate borders, their extravagant lettering, their particularly unnatural animals. The way they can be both crude and gorgeous. 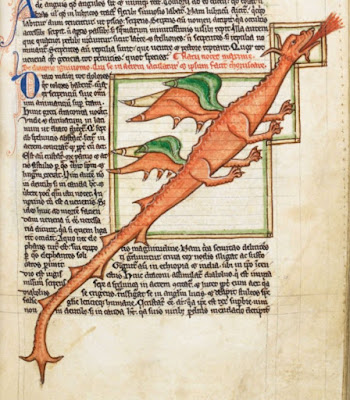 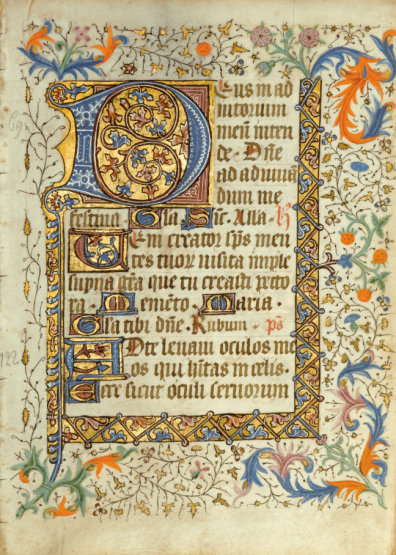 And this detail! What is going on here? I love how they often mix the beautiful with the fiendish. 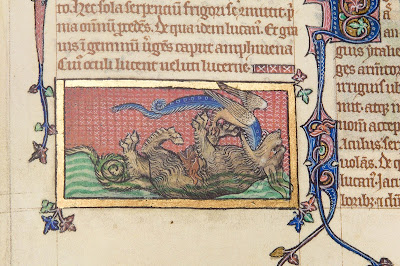 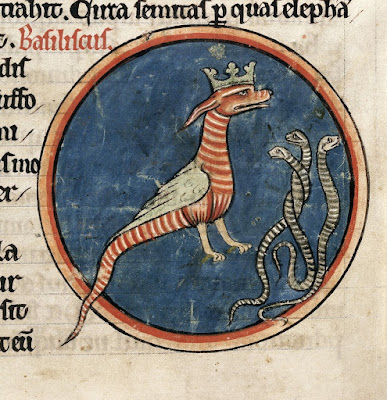 I knew that using this artform as a jumping off point in my design would not only give a sense of antiquity but also highlight the otherworldliness, the quirkiness, the sense of history and philosophy, the limitless imagination of Stevan's book.

I wasn't sure at first whether I envisioned it as a modern take on the illuminated manuscript, with clean lines and solid colors, or as a remake of the real article. I began to sketch out various different sample designs, and as much as I love trying to create images that look like real things and would have loved playing with the challenge of making it look like washes of ochre and vermilion on ancient paper (or vellum, but I'm a vegetarian), the modern approach started feeling right. Time is a slippery thing on the Isle of the Dead. For instance, in the magic of Stevan's world, he sneaks modern references into his late Middle Ages story so that time becomes something beautifully arbitrary. Staying modern in my design seemed to speak to that.

There are so many arresting images from the book to draw from. There's the aforementioned Isle of the Dead. There are the talking birds and the souls of the dead that are housed in clam shells. There's the Kiamah beast that has swallowed the island whole. 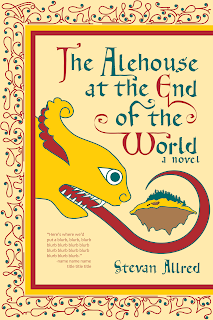 One early sample played on the Kiamah beast. I really liked that one. But in my zeal (not even as much my love for illuminated manuscripts as my absolute love for the hugely imaginative writing in this book), I got started early on my design work and ended up with a Kiamah beast who looked different from the Kiamah beast created by our artist for an inside graphic (more on him down the line).

But I really liked the scrollwork and the lettering approach so I kept those for the design that we eventually chose.

Another really evocative image from The Alehouse at the End of the World is the pyre of bones. To set it up, the Isle of the Dead, having been swallowed by Kiamah, lives in the beast's belly. When the dead arrive at the Isle, their bodies are thrown on a pyre and burned.

I worked on my design for Alehouse last fall, so as it happens, come Halloween night, I was sitting at the dining room table at my computer, alternately answering the door for trick-or-treaters and working on building a human skeleton.

In the end, I think staying modern with the design was the right choice, because it allowed me to work outside the bounds of the illuminated manuscript, as I did with the slant at one side of the border, and the overall dimensionality of the piece, particularly with the frigate bird who flies out of the frame. I think it reflects the fact that The Alehouse at the End of the World is anything but conventional. 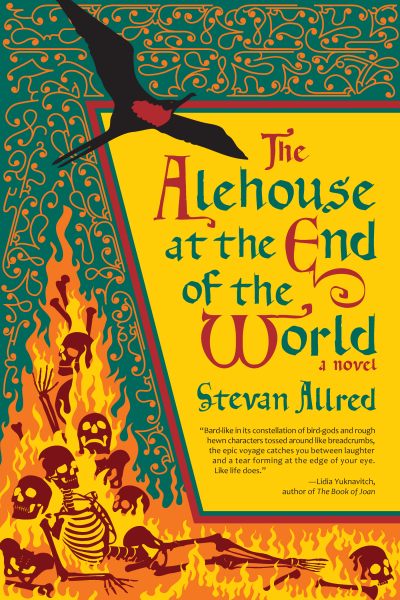 Stevan's novel will be published by Forest Avenue Press this November. Here's another taste:

Already the beast was stirring, and there was little time to lose. If the monster awoke before the fire was lit, his wrath would know no bounds. The crow plunged into the collapsed pyre, tossing bones this way and that, clearing a bare spot in the center of the fire pit. There the crow made a loose mound of knuckles and toes, and he encircled it with a cone of ribs and thigh bones, laid loosely together. While he worked, the crow sang an ancient song, a song the Old Gods once used to call forth all the creatures and all the plants from the time before time, only now the crow sang the song with the Kiamah beast’s name, forsaking the Old Gods, who were dead gods devoured by the beast, for the crow served the living evil that was the Kiamah. He circled the pyre of bones four times, and each time he stopped to offer the glow of the embers in his basket to each of the four directions. Then he emptied the basket into the center of the fire pit, and he drew a breath of air as big as a whale’s lungs, and he blew on the embers. They glowed hotly in the dark night of the Kiamah’s belly, and flames grew tall out of that hot glow, and now the cone of ribs and thighs was fully ablaze. Clouds of smoke belched upward, and the crow threw on more bones from the jumble around him, building the pyre taller and wider, and as the fire grew larger the crow passed a wing in front of his face, and grew himself a cubit taller, and now every bone was in the flames. “Kiamah, Kiamah, kiaw aw aw,” sang the crow, his power strong and growing stronger, “I give you thanks.” And the Kiamah answered with a great smoky belch that shook the whole cavernous belly. The sacred fire was once again lit.
Posted by Gigi Little at 8:48 AM No comments: